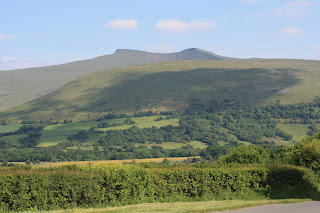 This week I attended the DDNPA Agricultural Stakeholders Meeting held at the National Park Visitor Centre , Libanus. If I was not already aware that all issues connected with this particular landscape where nothing but complex, this meeting re-enforced the point most succinctly. The farmers attending the meeting were treated to a power point presentation of the new land management scheme. Glastir replaces the existing agri-environment scheme, and will try to encourage more bio diversity on farms , whilst at the same time make farms seem more viable and attractive as a career (life style) choice of occupation.
It was obvious from the many farmers who contributed to the discussion, that they had serious concerns about their ability to fulfil these tasks, working with an ageing and diminishing population(within the farming community).

On Friday I spent time with groups of young people who live , work or study in the area around Brecon. These young people were learning useful trades such as building and carpentry. I also spoke to young car mechanics and hair and beauty therapists ,all from Coleg Powys. Australia was a frequently mentioned destination to emigrate to once they had qualified. Many of these young people had never walked on the hills, for many the natural landscape that surrounds them is irrelevant. 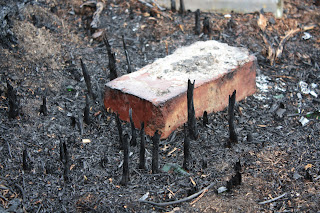 
A Catchment Management Strategy is being put forward to try and build a unified approach to tackling the problem. I would like to hear from anyone who has anecdotal evidence of land loss due to slippage. Or have you been caught up on the hills walking or working, during one of these heavy rainfall events? Maybe you lost your water supply or received discoloured water over several days? Simply click the comments button to add you contribution to this blog.
Posted by Sandra Masterson at 15:43 No comments: 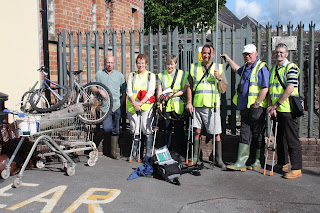 please add comments by clicking on comments button
Posted by Sandra Masterson at 22:39 No comments: